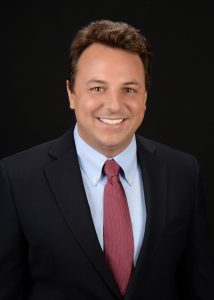 Oftentimes, creditors seeking to collect money judgments in Miami-Dade or Broward County will file a lis pendens in the public records against real property (i.e. real estate) owned by the debtor.  A “lis pendens” is a written notice that a lawsuit has been filed which concerns title to real property or some interest in that real property.  A lis pendens is often referred to as a “cloud on title” and will prevent the homeowner from selling or obtaining refinancing on their property until the lis pendens is removed.  Other than providing notice to the public, one of the other practical effects of filing the lis pendens is that the debtor feels pressure to pay of their debt.

However, the filing of a lis pendens is not always appropriate and can give rise to an action for damages and attorneys’ fees under certain scenarios. For example, in cases where a creditor is seeking to collect a debt where there is no nexus (i.e. connection) between the real property that the lis pendens describes and the original dispute between the creditor and the debtor, the creditor is expressly forbidden from filing a lis pendens.  An example of a situation where there typically is no nexus or connection between the lawsuit and a lis pendens would be where an “unsecured” creditor – such as a credit card debt collection company – files a lawsuit against a Florida homeowner and records a lis pendens in the public records.  In such a case, the creditor would be held liable for any damages that the lis pendens causes and would also be required to pay any of the property owner’s attorneys’ fees which he or she incurred in removing the lis pendens.

* For comparison purposes, one of the most common examples of a lawsuit where there is a nexus or connection between the dispute embodied in the lawsuit and the lis pendens is when a Bank files a mortgage foreclosure lawsuit against a borrower’s property.  Because the Bank’s lawsuit is connected to the borrower’s home loan and mortgage, the necessary nexus exists between the lawsuit and the property and the lis pendens is appropriate.

If you have questions about lis pendens or are looking for answers to other legal issues in Miami-Dade or Broward County, contact ESQ.title at 305-501-2836 or visit us at JordanPascale.com.