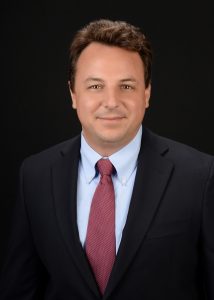 The reasonableness requirement is designed to balance the interests of all entities affected by the noncompete agreement: the employer, the employee, and society as a whole. Each entity has an interest to be protected. The employee wishes to preserve his mobility; the employer wishes to protect itself from unfair competition; and society wishes to balance with a system that provides incentives for the development and training of employees. With such varied interests at hand, the successfully drafted noncompete agreement must be sculpted carefully as to satisfy all three parties.

To satisfy the reasonableness requirement, the law requires that the employer establish a reason for the noncompete agreement other than preventing the employee from competing with his former employer.

There must be some element to the competition that would make such competition unfair. The employer’s justification cannot simply consist of the training or experience gained while on the job because an employee has a right to those things. Instead, the employer must demonstrate the existence of “special circumstances” that are present to justify the use of the noncompete agreement.

Courts have acknowledged two goals as sufficient justification for the execution of a noncompete agreement. An employer is entitled to (1) protect the goodwill of its business and (2) protect its trade secrets. An employee often generates goodwill in his conduct with clients, fostering personal relationships with customers. That goodwill does not, however, belong to the employee, who has conducted business as an agent of the employer. Instead, the goodwill is an asset of the employer. The law protects these corporate customer relations as part of the “customer contact” theory.

There are a great number of factors to consider when determining how to craft an effective non-compete agreement.  No preconceived formula, rule, or boilerplate contract should ever be used.  Rather, each employment scenario is unique and each situation should be evaluated by an experienced employer lawyer.  For a complimentary employment law consultation, please call us at 305-501-2836.