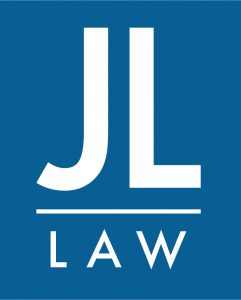 Q: Are you now a new law firm?
A: Absolutely not. We have a new logo, messaging and website (launching 4/01/2020) to better reflect the firm we are today – a firm that remains on the forefront of real estate representation and cost-effective solutions.

Q: Why did you rebrand?
A:  The firm has evolved over the years.  We upgraded our imagery to capture our entrepreneurial spirit, our passion, and our unwavering commitment to our clients which we serve.

Q: Did you change your name?
A: We did not. We’ve chosen to identify ourselves by the shortened version Jordan + Lawyers, which relates to our ability to provide tactical and proactive guidance to our client’s needs through our multidisciplinary relationships in both the real estate and legal arenas.  Our legal name, however, remains Jordan Pascale, P.L.  It’s on our website and in much of our correspondence.

END_OF_DOCUMENT_TOKEN_TO_BE_REPLACED

As mentioned in our previous post, the number of COVID-19 coronavirus (“Coronavirus”) cases continues to increase, and with the World Health Organization raising its threat assessment of Coronavirus to its highest level, businesses in Miami-Dade and Broward Counties are becoming increasingly aware of the many challenges that are ahead.

At Jordan + Lawyers, we have established a Legal/Real Estate Task Force focused on Coronavirus-related issues. Our aim is to provide guidance and plan for solutions to clients’ business and legal needs.  Below, we address some of the important issues business owners and individuals should consider:

END_OF_DOCUMENT_TOKEN_TO_BE_REPLACED

As the number of COVID-19 coronavirus (“Coronavirus”) cases continues to increase, and with the United States raising its threat assessment of Coronavirus to its highest level, business owners must be proactive in addressing and finding solutions to save their assets before it’s be too late to recover.

END_OF_DOCUMENT_TOKEN_TO_BE_REPLACED

Effective January 1, 2020, the Florida state tax imposed rate per Florida Statutes section 212.031 on the total rent charged for renting, leasing, letting, or granting a license to use real estate property in the State of Florida is decreased from 5.7% to 5.5%.  This includes lease rent collected from retail spaces, offices, warehouses, and self-storage units or warehouse office combinations.

The reduction only applies to the state level tax – the local county option taxes are still in full effect.

END_OF_DOCUMENT_TOKEN_TO_BE_REPLACED

You aced torts and contracts, but no one in law school explained the business of running a law firm.  So, here you are in a solo or small firm trying to manage important cases while hiring a receptionist or selecting office furniture.  As the price per square foot of office space for Class A office space continues to skyrocket in areas like Coral Gables and Downtown Miami, Florida, overhead costs for fixed operating expenses such as office lease and rent expenses become extremely challenging to budget for many solo practitioners, small and mid-sized law firms and legal professionals.

Shared office space may be the solution to give you more free time and the opportunity to network with attorneys from a variety of fields.

Going with a solo or small practice doesn’t mean you have to go it alone.   Office sharing means attorneys like you will be just across the hall for consultation on a case or a discussion of the impact of a new law.  These associations could lead to referrals from esq.suitemates that recognize your expertise in a particular field.

END_OF_DOCUMENT_TOKEN_TO_BE_REPLACED

When you work as an attorney, client confidentiality and service is vital to your success.  If you don’t have a professional office, or you need additional conference space than what you have, it’s time to consider creative ways to enhance your ability to serve your clients. With flexible law office space in Downtown Miami and Coral Gables, Florida, you have choices.  Esq.suites offers a professional environment exclusive to legal professionals who need an efficient space in which to work.

For small to mid firm attorneys, solo practitioners or attorneys who are from out-of-town, esq.suites is ready to help.  They offer short-term or long-term rentals for lease to attorneys who already have a home office but need a space in the area to conduct business, or solo practitioners and small firms that need a new place to call their headquarters.  The team at esq.suites understands how important legal work is, and are ready to support your business in a professional, headache-free environment.

professional where one mistake can ruin your career, shared office space for legal professionals is the answer.  Instead of trying to get your work done on the fly, spending time in your car or local coffee shops, esq.suites offers a community to attorneys with flexible rental END_OF_DOCUMENT_TOKEN_TO_BE_REPLACED

This Article provides you with tips to create a concise and effective negotiation checklist and the key points you should consider when negotiating a lease in a multi-tenant office building.

At initial glance, a 20, 30 and sometimes 40 page commercial office lease agreement may seem daunting.  However, with a properly drafted checklist, a savvy negotiator can swiftly navigate this legal document by making sure that all of the key provisions of the lease have been accounted for (or at least, that you know what you are getting yourself into before you are bound by its terms).  A wise person once said, “Organization is the key to success.”

A good summary or checklist can be a useful tool for tenants to:

END_OF_DOCUMENT_TOKEN_TO_BE_REPLACED 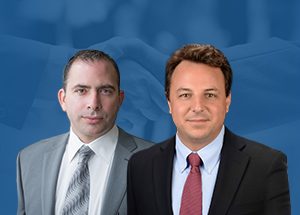 If you are reading this, NOW is the PERFECT time to get ahead and make sure you are most prepared to deal with the before and after effects of the Storm.  Locate your Auto, Boat, and Homeowners Insurance policies and make sure they are in effect and in good standing.  If you have any questions about your policies, reach out to your insurance agent immediately.

Remember to take pictures or video with your smart phone before the Storm.  Take pictures or even video tape the outside to show every corner of your home, the inside of your ceiling to show there were no leaks.  Take pictures and video around your windows from the inside to show there were no water stains before the storm.  Take pictures or video of all your furniture, TV’s and all electronics so you can show that you did own them prior to the storm.  It is most common for insurance companies to claim that damages were there prior and will likely not approve your claims unless you have some evidence (THE MORE EVIDENCE THE BETTER!). 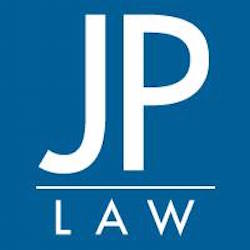 In a previous post, we established an over-arching general understanding of Partition Actions and their applications.  Now let’s investigate some of the details of common Partition Actions.

As with every facet of the justice system, proper procedure is a must in all court filings for Partition Actions.  As detailed in Florida Statute 64.041, the initial Complaint in a Partition Action must include the following:

END_OF_DOCUMENT_TOKEN_TO_BE_REPLACED

Given the private nature of most handshake agreements, proving them in court is an uphill battle, but the above example is definitive proof that even major corporations can run afoul of contract law in certain situations.  The importance of corroborating witnesses is plainly evident — in the case of written agreements the witness is the contract itself, but in the case of a handshake agreement one must rely on additional parties to prove its existence.  At Jordan + Pascale we stress the importance of written agreements — be it a lease, purchase/sales contract, invoice for services, etc., the safest route is to get everything in writing and agree to nothing unless it is written on the page.  However, if you believe you have been wronged in the execution of a handshake agreement, we urge you to contact our office to discuss the matter.  Here at Jordan + Pascale, we pride ourselves on our ability to protect and advocate on behalf of our clients and to relentlessly pursue their interests — it’s what makes us South Florida’s premier real estate law firm!  Call us for a consultation and see what we can do for you!